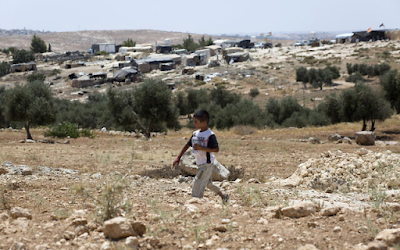 The Defense Ministry will advance plans for some 1,000 Palestinian homes in the West Bank, an Israeli official told The Times of Israel on Thursday, as the same office was convening to greenlight projects for some 4,400 Jewish settlement homes.

The projects for Palestinians have not yet been publicized, but appear to be part of Defense Minister Benny Gantz’s policy of advancing housing plans for both populations in the West Bank after more than a decade during which only dozens of permits for Palestinians were approved in comparison to the nearly 25,000 homes that were built for settlers.

The last time that the Defense Ministry’s High Planning Subcommittee convened to advance plans for roughly 3,000 settlement homes in October, the panel subsequently greenlit six projects amounting to 1,300 homes for Palestinians in Area C — though the majority of the latter authorizations were for buildings that already existed.

Unlike the previous round of approvals, the Defense Ministry hasn’t officially publicized this time that they will include projects for Palestinians. The tying of the projects for the two West Bank populations together sparked an outcry from settler leaders last year, and right-wing members of the fragile coalition appear intent on avoiding such criticism. READ MORE