Frustrated by his cautious approach, Palestinians lose faith in Biden 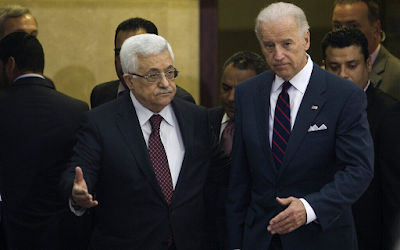 RAMALLAH, West Bank — Euphoria washed over Ramallah when Joe Biden was elected president of the United States in November 2020.

Palestinian officials say it had more to do with Donald Trump’s exit than the return of a Democrat to the White House, as the previous four years had seen US-Palestinian relations deteriorate to an all-time low. Ramallah severed ties with Washington after Trump recognized Jerusalem as Israel’s capital in 2017. The Republican president responded by cutting virtually all aid to the Palestinians, shuttering their diplomatic mission in Washington and closing the US consulate in Jerusalem, which had served as a de facto embassy to the Palestinians.

But Biden campaigned on rolling those steps back, and it led to rising expectations in Ramallah as to what might be possible over the next four years.

Fast forward a year and a half and those high hopes have been dashed, with four Palestinian officials telling The Times of Israel that they no longer have faith the US can deliver on its promises, let alone launch bolder initiatives aimed at resolving the conflict.

Their primary grievance relates to the Jerusalem consulate, which the US has yet to reopen amid Israeli pushback. Administration officials insist publicly that the matter remains on their agenda, but in private they admit they’re not going to act against the express wishes of their longtime ally. READ MORE