Five wounded as Turkey hit by rockets fired from Syria 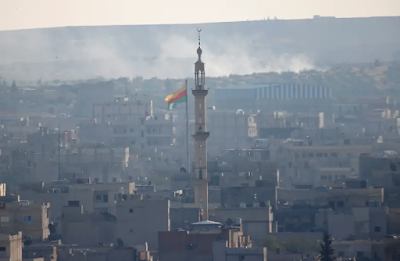 Kurdish militants fired rockets and mortar shells from Syria in an attack on a military border post in southeast Turkey on Thursday, wounding four Turkish soldiers and a civilian, the Turkish Defense Ministry said.

It said the Turkish military carried out retaliatory fire against targets in the Kobani region of northern Syria from where the attack was made.

Such incidents of cross-border fire have occurred sporadically in past years during the war in Syria.

The five people wounded in Turkey, in the Karkamis district of Gaziantep province, were taken to hospital for treatment, the ministry said.

The Kobani region is under the control of the Kurdish YPG militia, which Turkey considers a terrorist group and an extension of the Kurdistan Workers Party (PKK), which has fought an insurgency in southeast Turkey since 1984.