Russia may be building its military power - in the Arctic 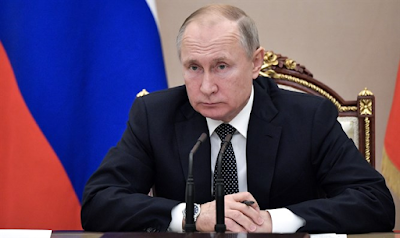 According to the report, the choice of location may be an effort by the global power to secure its northern border and open a shipping route from Asia to Europe. Such a route would halve the time it currently takes for shipping containers to travel between the two continents, the site added.

One Russian "superweapon," the Poseidon 2M39 torpedo, has Western officials worried, since Russian President Vladimir Putin requested in February that Russian Defense Minister Sergei Shoigu provide an update on "key stage" testing on the missile and additional tests are planned for later this year, CNN quoted state media as saying.

The stealth torpedo is powered by a nuclear reactor and intended to be able to avoid coastal defenses on the ocean floor, the report said. According to Russian officials, the torpedo would be capable of delivering a multiple-megaton warhead which would produce radioactive waves, causing severe environmental damage to the target coastline.

"There's clearly a military challenge from the Russians in the Arctic," a senior State Department official told CNN, adding: "That has implications for the United States and its allies, not least because it creates the capacity to project power up to the North Atlantic."

The official believes the Russians are mostly interested in hydrocarbon experts and the resources being revealed in the Arctic melt.