Israel, in first comment, says troubled by US position ahead of Iran talks 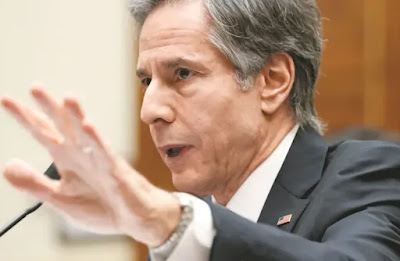 Mixed messages from the Biden administration on the Iran nuclear deal days before indirect talks commence in Vienna between the sides are “very troubling,” senior Israel officials said Sunday.
They expressed their concerns after US Special Envoy for Iran Rob Malley, in an interview with PBS on Friday, spoke about a return to the 2015 Joint Comprehensive Plan of Action without any additional elements that would make it “longer and stronger,” as US Secretary of State Antony Blinken has said.
“The goal is to see whether we can agree on what steps the United States needs to take to come back into compliance with the nuclear deal and what steps Iran has to take to come back into compliance with the nuclear deal,” Malley said.
Regarding the Trump administration’s maximum-pressure campaign against Iran, he said the US is “going to have to lift those sanctions that are inconsistent with the deal that was reached with Iran… so that Iran enjoys the benefits that it was supposed to enjoy under the deal.”
Malley repeatedly spoke of equivalence between the US and Iran in their behavior, referring to “mutual distrust” between the countries. (Read More)
Posted by Bill Salus at 12:10:00 PM