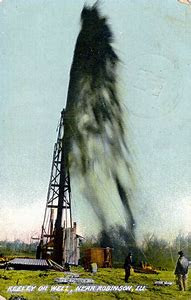 Although the visit of Egypt’s Petroleum and Mineral Resources Minister to Israel on Sunday had the trappings of a routine discussion about energy cooperation by regional partners, it also sent a message to rivals and to the United States.

Tarek el-Molla’s trip was noteworthy for the mere fact that he was the first Egyptian minister to visit Israel since foreign minister Sameh Shoukry met with Netanyahu in 2016.

And El-Molla is no minor player. “El-Molla is very close to [Egypt’s President Abdel Fattah] el-Sisi,” pointed out Gabriel Mitchell of the Mitvim Institute, an Israel-based think tank. “He is arguably one of the most visible Egyptian ministers outside the presidency.”

There is certainly no shortage of weighty energy issues for El-Molla to discuss with Israel. Israel and Egypt agreed Sunday to link up Israel’s Leviathan natural gas field with Egyptian liquid natural gas facilities through an underwater pipeline, from which it can be exported to European markets.

What’s more, a UAE-Israel plan to pump oil from Eilat on the Red Sea to Ashkelon on the Mediterranean concerns Egypt, but Cairo has largely refrained from publicly criticizing the project. A deal to provide Israeli natural gas to Gaza is nearing approval, and anything that happens in the coastal enclave could have a direct impact on Egyptian security.

Analysts say that one of the key purposes of the meetings — beyond the energy discussions —  was to send a message to Turkey, and its president Recep Tayyip Erdogan. READ MORE