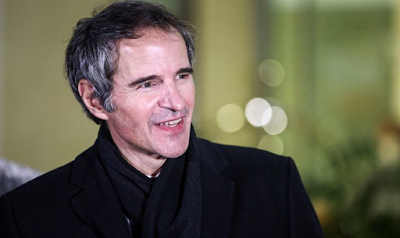 The head of the International Atomic Energy Agency (IAEA), Rafael Grossi, said on Sunday that the organization has struck a deal with Iran to continue “necessary” verification and monitoring activities in the country.

“What we agreed is something that is viable, it’s useful to bridge this gap that we are having, salvages the situation now,” Grossi told a news conference after returning from a trip to Tehran, according to Reuters.

Grossi’s visit to Iran came two days ahead of a deadline on which Iran said it would partly suspend nuclear inspections by the agency.

Iran informed the IAEA this past week that it plans to halt snap nuclear inspections outside of its declared sites as of February 23.

The announcement came day after a spokesman for Iran’s Foreign Ministry threatened that the Islamic Republic would stop snap inspections from the IAEA if other signatories to the 2015 nuclear deal it signed with world powers do not fulfill their “obligations” by later this month.

Iran has consistently scaled back its compliance with the 2015 deal in response to former US President Donald Trump’s withdrawal from it in 2018.