Is the International Atomic Energy Agency 'flying blind' on Iran? 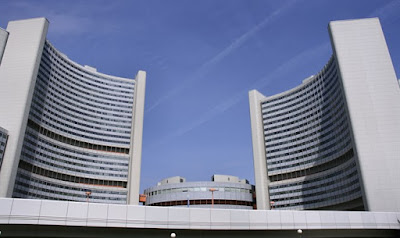 International Atomic Energy Agency (IAEA) Director-General Rafael Grossi told the world he had reached a “temporary, technical understanding” with Iranian officials for three months so that his inspectors would not be “flying blind” on its nuclear program.
He made the announcement in an extraordinary press conference in the middle of the night Israel time between Sunday and Monday.
What deal did he reach following Iran’s withdrawal from what is known as the nuclear “Additional Protocol” requirement? What was the purpose of his comments? While Grossi would not specify exactly what the deal was, he told reporters not a single IAEA inspector would be withdrawn from the Islamic Republic.
Further, Tehran had agreed to voluntarily allow snap inspections to continue, he said. The constant electronic monitoring would continue, and from his perspective, the full “necessary degree of monitoring and verification” activities would remain in place, he added.
Iranian Deputy Foreign Minister Abbas Araghchi said with his country’s withdrawal from the Additional Protocol inspection requirements, cooperation with the IAEA would be reduced by 20%-30%. READ MORE
Posted by Bill Salus at 6:16:00 AM