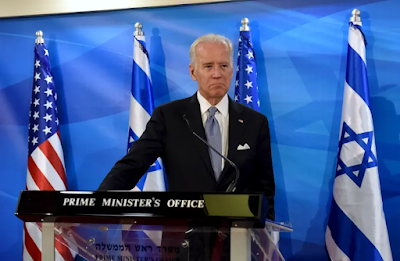 US President Joe Biden is expected to visit Israel this year and he may visit other areas in the region. In March of 2016, Biden visited Israel when he was vice president. Much has changed in the intervening years. It is worth looking at how Biden is coming to a changing region and the challenges and opportunities he has here.

For Israel-US relations and the region in general, one of the biggest shifts is the Abraham Accords. When Biden last came, Israel was more isolated. At the time, with Prime Minister Benjamin Netanyahu in charge, Israel had cold relations with Jordan, at least in public, and relations with Egypt were amicable but did not involve public visits. Later Netanyahu would travel to Oman and there would be an opening with Saudi Arabia and the Gulf.

This major change means that Biden enters a region where Israel has new ties and is working today on new joint naval drills with the US and Gulf friends, as well as growing ties with Greece, Cyprus and others in the Mediterranean.

The new opening of Israel-Gulf ties and the strengthening of bilateral and multilateral relations in the region mean that Biden comes to an Israel that is less sensitive about the contrasts of also being diplomatically isolated at times in the region. In the past, US administrations had used this apparent isolation to prod Israel to make concessions, and it also meant that they often came to Israel carrying messages from other countries.

Israel also relied on the US to block hostile UN resolutions and to be its lifeline for things like military equipment and the important MOU that is signed every ten years funding Israel’s acquisition of billion-dollar equipment like F-35s. READ MORE