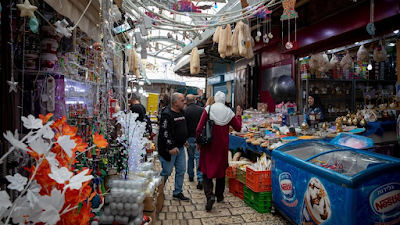 Police opened an investigation after receiving a report about two brothers from Akko (Acre) attacked by local residents.

According to primary reports from the investigation, the brothers, aged 21 and 19, got into a verbal argument with a number of Arab youths, who followed them as they entered the old neighborhood of the city, where they were attacked with sticks and a knife.

The brothers were lightly injured in the attack and sought treatment at the Galilee Medical Center in nearby Nahariya. Following the incident, police detained two minors approximately 16 years of age on suspicion of involvement in the attack. Police intend to request an extension of the suspects' detention in the Magistrate's Court in Akko today.

The nature and circumstances of the reported attack are under investigation. Additional arrests are expected.

One of the injured brothers said that about 30 Arabs attacked them in the Old City of Akko, beating them with sticks and knives. He shows his injured arm, filled with gashes and bloody cuts.

The boys' father, Gavriel Moati, recounted details of the incident and how his younger sons were attacked by Arab hoodlums after going fishing in the Old City. WATCH