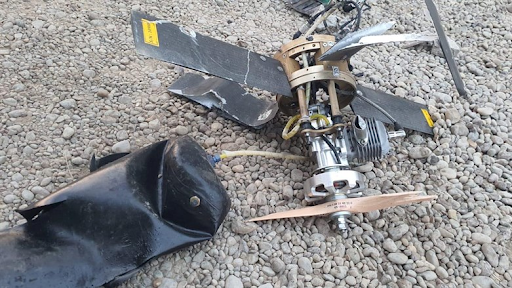 (JNS) Six years after Obama signed off on the nuclear sellout deal with Iran, diplomats are once again meeting with representatives of the Islamic terror state in Vienna’s lavish Palais Coburg.

One thousand five hundred miles away from the white columns of the former palace turned five-star hotel, American forces are under fire once again. On Jan. 3, two suicide drones were aimed at the State Department’s Baghdad Diplomatic Support Center near Baghdad International Airport. Two more terror drones targeted American forces deployed to fight Islamic State at the Al Asad air base. The base has been repeatedly hammered by Iran-backed rocket attacks over the past year, most notably when 14 rockets struck the base over the summer causing several injuries.

While American forces were able to shoot down the terror drones, these latest acts of Iranian diplomacy came complete with the words “Soleimani’s revenge” scrawled on the drones. The latest Iranian attacks on Americans forces have used Soleimani’s death as a pretext, but the attacks began before the Iranian terror boss was killed, and have sharply escalated under Biden in response to his appeasement of the Islamic terror regime.

There were repeated Iran-backed rocket strikes against Americans in Iraq throughout the last year, totaling an estimated 25 separate attacks under the Biden administration.