Israel Is Fast Approaching The Moment Of Truth With Iran 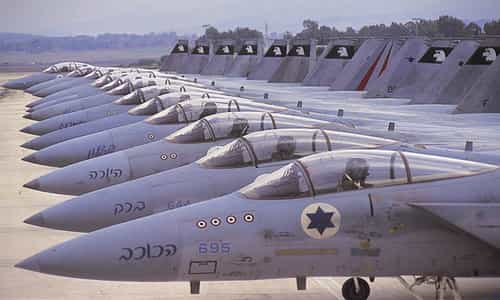 The nuclear talks between world powers and Iran are moving forward, and will soon reach the decision-making stage. To borrow a soccer analogy, the sides are done feeling each other out.
The Iranians, masters of negotiation, tried conditioning the continuation of talks on the removal of sanctions and were rebuffed.
It appears that this time the Europeans (mainly Germany, France and Great Britain) are more involved in the talks, while the Americans, who spearheaded negotiations under former President Barack Obama, are working more collaboratively with the other global powers.
It seems that despite the mutual threats and prevailing sense that the talks were headed toward failure, an agreement will ultimately be reached that will restrict Iran's pace of uranium enrichment and give Tehran what it wants with the removal of most of the sanctions.
Iran's long-term strategic interest is to possess a nuclear weapon. In the short term, however, under the yoke of sanctions and a sputtering economy that threatens the regime's survival, Tehran must get the sanctions lifted.
The United States, under a president with plummeting approval ratings, needs an achievement to improve his standing.
The Chinese and Russians, which regardless don't abide by the sanctions, will be glad to return to doing legitimate business with Iran--such that ultimately, all sides have an interest in reaching a deal. READ MORE
Posted by Bill Salus at 5:40:00 AM