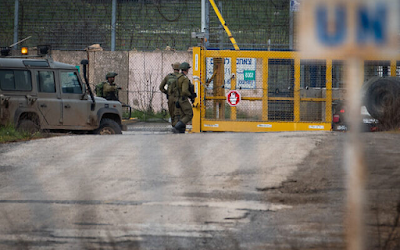 A senior diplomatic official reportedly said Tuesday that Israel was taking a positive view of reconciliation between Syria and Gulf states, predicting it could help curb Iranian influence in the country.

The unnamed source, quoted by the Ynet news site, said that by drawing closer to Sunni countries, Syria may be indicating it wants to oust Iranian and other Shiite entities from within its borders.

Iran, along with Russia, has helped the Damascus regime of Syrian President Bashar Assad quell a civil war that has dragged on for nearly ten years. Although the government has regained control of most of the country, rebels still hold some territory. Israel is concerned that Iran is using its support for Assad as a cover for gaining a military foothold along the Syrian-Israeli border, something the Jewish state has vowed to prevent.

Israel has staged hundreds of strikes on Iran-linked targets inside government-controlled Syria over the years but rarely acknowledges or discusses the specifics of such operations. Some of the strikes reportedly targeted shipments of advanced weapons or military technology that Iran was transferring to its Lebanese proxy, the Hezbollah terror group.

“During the coming year there will be opportunities to reduce the Iranian presence in Syria,” the source was quoted as saying. READ MORE