Is this hate speech? 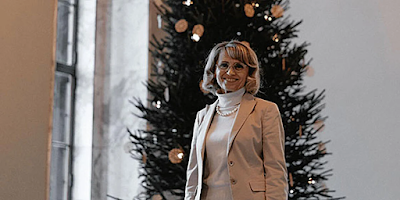 Päivi Räsänen, a member of the Finnish Parliament and medical doctor, is being prosecuted under a law that imposes up to two years of imprisonment or a fine for “hate speech.”

What was her crime? She shared her deeply held beliefs.

Päivi wrote about her beliefs on marriage and human sexuality in a 2004 pamphlet. She also made comments on a 2019 radio show, and posted a tweet directed at her church leadership regarding the church’s official sponsorship of the LGBT event “Pride 2019.”

Because of these things, she has been accused of “hate speech.”

But now, this this mother of five is facing criminal charges and prosecution in court.

“I will defend my right to confess my faith, so that no one else would be deprived of their right to freedom of religion and speech…The more Christians keep silent on controversial themes, the narrower the space for freedom of speech gets.”

Free speech is the foundation of any democratic society and is a human right. These charges are not just wrong. They may introduce a culture of fear and censorship in Finland and across Europe.