Expectations grow for a deal to emerge from Iran nuclear talks 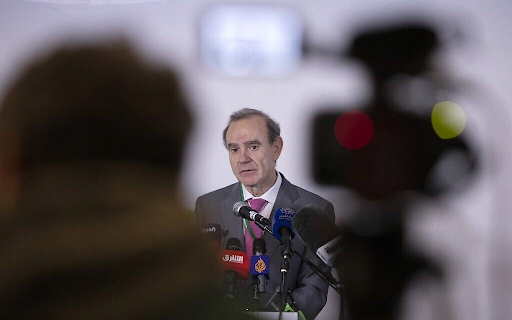 After weeks of doubts and mutual accusations of bad-faith negotiations, a newfound optimism is emanating from the Iran nuclear talks in Vienna. Notably, the US and France, which had sounded an increasingly dire tone as talks dragged on, are now decidedly more sanguine in their public statements.

Last Thursday, US State Department spokesman Ned Price said that the US was seeing “modest progress.”

Other indications are pointing in the same direction. South Korea’s Vice Foreign Minister Choi Jong-kun visited Vienna last week to discuss with Tehran’s negotiators $7 billion in Iranian assets frozen in the country, which cannot be released without US approval. READ MORE