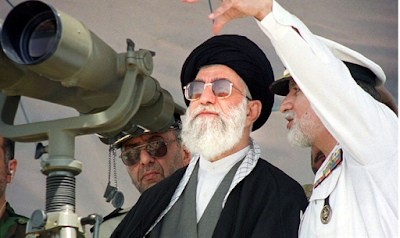 "The country's policies are made of different economic, military, social, scientific and cultural plans, including foreign relations and diplomacy," Khamenei said in televised remarks.

Saying "that one part denies the other or contradicts... is a big mistake that must not be perpetrated by officials of the Islamic republic," the Supreme Leader added.

Khamenei did not explicitly cite the leaked audio or Zarif's name, but the comments, in the last few minutes of an hour-long speech, were clearly targeted at the foreign minister.

He stressed that "nowhere in the world is foreign policy devised by the foreign ministry".

The diplomatic apparatus is only "the executor" of decisions made at higher levels, added Khamenei, noting that decisions are made by the Supreme National Security Council.

Zarif made the remarks in a three-hour "confidential" conversation that was published by US media a week ago.

Khamenei said on Sunday "some of these remarks are a repeat of hostile remarks of our enemies, repeating America's rhetoric."

Also included in the leaked recordings was a controversial claim by Zarif that former US Secretary of State John Kerry informed him of more than 200 Israeli operations in Syria.

Kerry denied the reports, but an independently analyzed translation of the leaked tape showed that Zarif was unaware of secret Israeli airstrikes until Kerry gave him the information.

Iran's government has ordered an investigation into the leaked audio of Zarif.