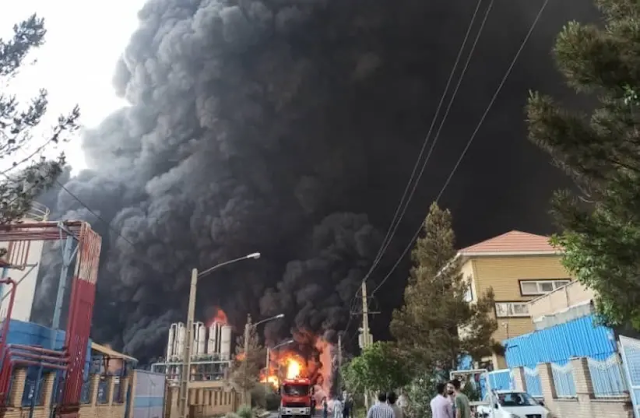 An explosion and fire were reported at a petrochemical plant in the Shokuhieh Industrial Town in the Qom Province of Iran on Sunday, according to Iranian media.
Some 150 firefighters and 20 firefighting vehicles worked to extinguish the large fire. Two firefighters were seriously injured and two of the fire trucks caught fire while battling the flames and were destroyed, according to the Iranian Fars News Agency.
A number of explosions were reported amid the fire. A spokesman for the local fire department told Fars that the fire had been prevented from reaching nearby tanks which would have caused a "very large accident" if they had caught fire.
Last year, a series of explosions and fires hit industrial sites across Iran, including a number of petrochemical plants. Iranian officials referred to most of the cases as incidents or accidents, although some reports have claimed that at least some of the incidents involved foul play.
Posted by Bill Salus at 6:11:00 AM