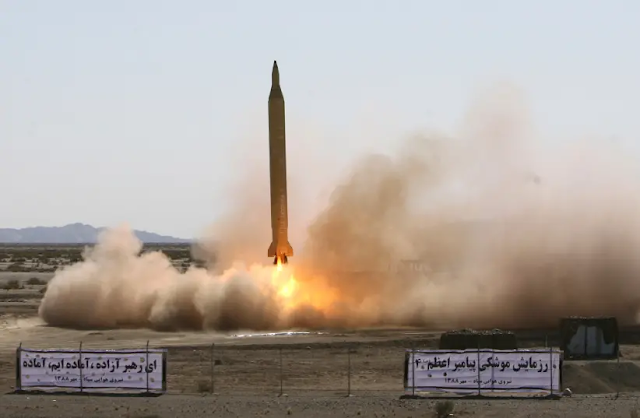 A damning new report authored by the Netherland’s General Intelligence and Security Service asserts that the Islamic Republic of Iran attempted to obtain technology in 2020 for weapons of mass destruction.
The Dutch intelligence document, which was published in April, says the security service "investigated networks that tried to obtain the knowledge and materials to develop weapons of mass destruction. Multiple acquisition attempts have been frustrated by the intervention of the services.”
According to the Dutch report, "The joint Counter-Proliferation Unit [UCP] of the AIVD [the General Intelligence and Security Service] and the MIVD [the country’s Military Intelligence and Security Service] is investigating how countries try to obtain the knowledge and goods they need to make weapons of mass destruction. Countries such as Syria, Pakistan, Iran and North Korea also tried to acquire such goods and technology in Europe and the Netherlands last year."
The General Intelligence and Security Service "conducts investigations, provides information, and mobilizes third parties to safeguard the democratic legal order and national security, to actively reduce risks, and to contribute to foreign policy-making."
The Netherlands’ MIVD and AIVD intelligence services, according to the report, "conducted intensive research into several very active networks" that are involved in proliferation and use various third parties in European countries. Consequently, export licenses were verified and acquisition attempts frustrated.”
The Iranian regime’s Supreme Leader Ali Khamenei tweeted in February that his nation is not interested in nuclear weapons. He wrote the Iran’s regime is not pursuing the building of a nuclear weapons device “based on Islamic fundamentals and commands that prohibit weapons that are used for killing ordinary people.”
The findings from the three European intelligence agencies in 2021 contradict Khamenei’s statement and are likely to fuel a new debate about whether the US should rejoin the heavily criticized 2015 Joint Comprehensive Plan of Action, the formal name for the Iran nuclear deal. READ MORE
Posted by Bill Salus at 6:03:00 AM