Jibril Rajoub: PA will treat Israel as enemy if sovereignty is applied 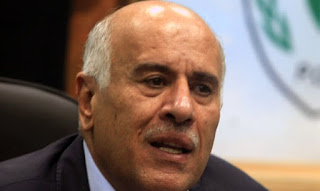 Fatah Central Committee Secretary Jibril Rajoub threatened Israel if the government goes ahead with applying its sovereignty in parts of Judea and Samaria, warning "we won’t die alone, we won’t suffer alone."
"For the first time in the history of the conflict – the contradiction between [the occupation and] the interests of the world, international law, and its values have reached a peak, and we must not undermine this clash through the wrong actions – whether in word or in actions that deviate from the consensus. That is this stage," Rajoub said in a video translated and published online by Palestinian Media Watch.
"We don't think that going to bloodshed at this stage serves our cause... The time has come to fight this racist and fascist occupation. No one can tell us that [Israeli Prime Minister] Netanyahu and his coalition are elected. Hitler and Mussolini were also elected! Go back to history and read it correctly! If [Netanyahu] turns now to annexation, I’m telling you, we won’t wave a white flag. We won’t die alone, we won’t suffer alone... If annexation is declared, no – we have a scenario, and we won’t speak about it today, but I’m telling you... We will treat this occupation – with its symbols and expressions – on the Palestinian state’s lands as an enemy," he said.
Rajoub added in the same interview: "What we need is to get rid of the occupation... On July 1, if it declares annexation – there will be a different language, and there will need to be different means... We want everyone to be with us. ... The resistance that harms the occupation is our means, and the establishment of the state is our mutual goal... Everyone needs to be in the battle. In the West Bank, in Jerusalem, in the Gaza Strip, the Palestinians within the Green Line We need to turn this occupation’s life into hell through the uprising of us all."
Posted by Bill Salus at 5:56:00 AM