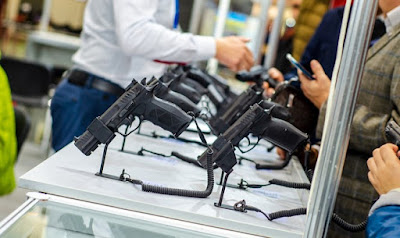 As many as two-and-a-half million Americans who did not own a gun prior to 2020 made their first purchase of a firearm during the first half of 2020, according to a report by the National Shooting Sports Foundation last week.
While the National Rifle Association, the largest lobby group for gun-ownership rights in the US, said earlier this month that two million first-time gun owners had purchased a firearm this year, the NSSF report said the number was now likely well over 2.5 million.
"The early part of 2020 has been unlike any other year for firearm purchases — particularly by first-time buyers — as new NSSF research reveals millions of people chose to purchase their first gun during the COVID-19 pandemic,” said Jim Curcuruto, the NSSF’s director of research said, according to Fox News.
“Not surprisingly, retailers reported an increased number of first-time gun buyers, estimating that 40 percent of their sales were to this group.”
Firearms sales in the US have soared in recent months, both during the coronavirus lockdowns and the nationwide riots which began in late May.
According to a report by Small Arms Analytics and Forecasting, gun sales were up 85.3% in March 2020 over March 2019. In April, the increase was slightly lower, with a 71.3% rise compared to April 2019. In May 2020, gun sales were 80.2% higher than they were in May of the previous year.
In the past, gun ownership rates have remained stable, with 30% of American adults owned at least one firearm in 2017, according to a Pew Research Center poll, with the same percentage of American adults saying they owned a gun in 2019, according to a Gallup poll. That amounts to over 62.5 million American adults who own at least one firearm – prior to this year’s increase, which likely boosts the total number of gun-owning adults to over 65 million.
Posted by Bill Salus at 5:53:00 AM