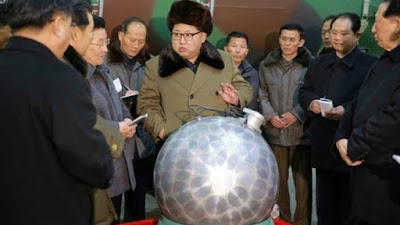 North Korea continued to enhance its nuclear and ballistic missile programs last year in breach of United Nations sanctions, according to a confidential UN report seen by Reuters on Monday.
The country also illicitly imported refined petroleum and exported some $370 million worth of coal with the help of Chinese barges, the report said.
The 67-page report to the UN Security Council North Korea sanctions committee, which is due to be made public next month, comes as the United States tries to revive stalled denuclearization talks with North Korea.
“In 2019, the Democratic People’s Republic of Korea (DPRK) did not halt its illicit nuclear and ballistic missile programs, which it continued to enhance, in violation of Security Council resolutions,” the independent UN sanctions monitors wrote, according to Reuters.
“Despite its extensive indigenous capability it uses illicit external procurement for some components and technology.”
North Korea has been subjected to UN sanctions since 2006. They have been strengthened by the 15-member Security Council over the years in a bid to cut off funding for Pyongyang’s nuclear and ballistic missile programs.
The sanctions monitors said that in a fresh bid to evade sanctions, North Korea had started to export millions of tons of commodities - banned since 2017 - using barges.
“According to a Member State, the DPRK exported 3.7 million metric tons of coal between January and August 2019, with an estimated value of $370 million,” the report said. READ MORE
Posted by Bill Salus at 5:45:00 AM