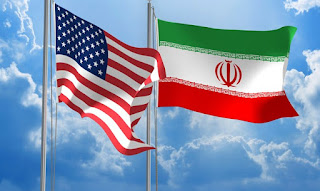 The Pentagon confirmed on Monday that 109 US service members had been diagnosed with mild traumatic brain injury stemming from Iran’s missile attack on a base in Iraq last month.
In a statement quoted by Reuters, the Pentagon said 76 of those service members had returned to duty.
Reuters had earlier reported that the US military was preparing to report a more than 50% jump in cases of traumatic brain injury from the Iran attack.
The Pentagon had said in the past that an increase in numbers was expected in the weeks after the attack because symptoms can take time to manifest and troops can sometimes take longer to report them.
No US troops were killed or faced immediate bodily injury when Iran fired missiles at the Ain al-Asad base in Iraq. The attack was in retaliation for the US killing of Revolutionary Guard General Qassem Soleimani in a drone strike at the Baghdad airport on January 3.
Army General Mark Milley, chairman of the Joint Chiefs of Staff, said last month that the service members suffering from traumatic brain injuries had been diagnosed with mild cases. He added the diagnosis could change as time went on.
Symptoms of concussive injuries include headaches, dizziness, sensitivity to light and nausea, noted Reuters.
Initially, the US military said 11 American troops had been treated for concussion symptoms after the attack. The number was later updated to 34.
Pentagon officials have repeatedly stressed there has been no effort to minimize or delay information on concussive injuries.
Posted by Bill Salus at 5:41:00 AM