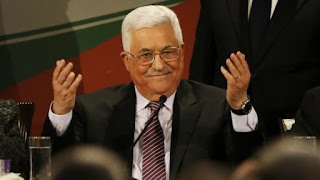 An opinion poll conducted by the Palestinian Center for Policy and Survey Research shows that if general presidential elections were held today, over half of Palestinian Arabs would vote against Palestinian Authority (PA) chairman Mahmoud Abbas.
94 percent of respondents in the poll, conducted between February 5 and February 8, said they oppose the “Deal of the Century”, the US initiative to settle the Israeli-Palestinian Arab conflict.
80 percent of respondents believe that the “Deal of the Century” will bring the conflict back to the level of an existential confrontation with Israel. At the same time, a decline in support for the “two-state solution” has been recorded and the support for this solution is even lower than the number of supporters of the Oslo Accords when they were signed in 1993.
Most respondents support the cancellation of recognition of Israel and a return to an armed conflict against Israel. 58 percent expressed dissatisfaction with the PA leadership's response to the “Deal of the Century”, while 38 percent stated the PA’s response was satisfactory.
Posted by Bill Salus at 4:15:00 AM