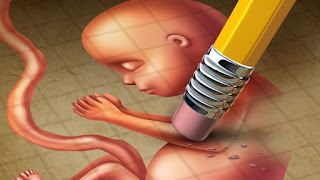 The Indiana attorney general has scheduled a burial service Wednesday for the 2,411 aborted babies whose remains were discovered in September in the Illinois garage of abortionist Ulrich Klopfer after he died.
Indiana Attorney General Curtis T. Hill Jr. announced the remains of the aborted babies would be memorialized at a graveside service at Southlawn Cemetery and Palmer Funeral Home in South Bend where Klopfer performed abortions.
During the service, Hill will deliver remarks on behalf of the state and will then discuss the status of the investigation into the discovery of the remains.
Father Frank Pavone, national director of Priests for Life, will be present at the funeral service and burial.
“I commend Indiana Attorney General Curtis Hill for recognizing that these abortion victims are part of the human family and deserve the dignity of a proper burial,” Pavone said in a statement sent to Breitbart News. “The discovery of the babies brought Americans face to face with the reality of what abortion is and the humanity of these children. They deserved to live but were denied that most basic right. The least we can do is to give them names and to bury them.”
Klopfer, who died in September 2019, performed thousands of abortions in clinics in Indiana, including the Women’s Pavilion in South Bend, before his medical license was revoked in 2016. In 2015, his medical license was suspended after he allegedly failed to report an abortion performed on a 13-year-old girl.
After Klopfer’s death, the family’s attorney said he discovered the thousands of fetal remains while going through his property. READ MORE
Posted by Bill Salus at 5:59:00 AM