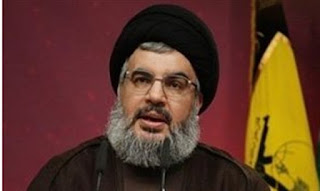 Mohammad Raad, a Lebanese lawmaker on behalf of Hezbollah, claimed on Sunday that Israel is preparing to start a war against Lebanon.
"The Israeli enemy is preparing to wage a war against us but the resistance is ready to face it with our men, society and capacity," Raad was quoted by the Xinhua news agency as having said during a ceremony held in southern Lebanon.
Raad added that Israel is totally wrong if it thinks it can defeat Hezbollah and said that the “resistance” has the capacity to paralyze the enemy's existence.
"We will never take it at ease with an enemy that threatens our existence and role. We offer a lot of concessions internally but we never lose sight of our enemy's strategic movements and we will teach Israel a lesson that threatens its existence if it ever thinks of waging a war against our nations," he said.
Hezbollah and Israel have fought several wars, most recently the Second Lebanon War in 2006. The group’s leader, Hassan Nasrallah, has continuously threatened Israel since that time, most recently boasting that all of Israel is now within range of Hezbollah’s missiles.
A recent report indicated that Hezbollah's commanders, hurting from sanctions on Iran, are preparing for war with Israel.
Posted by Bill Salus at 5:31:00 AM