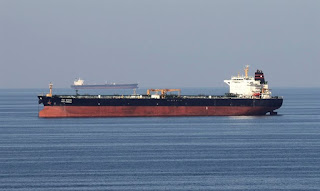 The commander of the Iranian Revolutionary Guard’s navy, Alireza Tangsiri, warned on Sunday that any presence by Israel in the Persian Gulf may set off a war.
“Any illegitimate presence by the Zionists in the waters of the Persian Gulf could spark a war,” Tangsiri told the Lebanese-based Al-Mayadeen TV, which is affiliated with Hezbollah.
He also said that “whenever our commanders wish so, they are able to detain any ship, even if it is accompanied by American and British forces.”
Tangsiri added that the security in the Gulf is one of the most important issues for Iran and it believes the international maritime routes should stay open.
The comments come as the US works on forming an international maritime security coalition in the Persian Gulf.
The plans to build the coalition of nations, known as Operation Sentinel, were announced by the US following continued tensions with Iran in the region, culminating in the seizure of a British-flagged oil tanker by Iran.
Foreign Minister Yisrael Katz indicated last week that Israel would take part in the US-led coalition in the Gulf.
In response, Iran's Defense Minister, Amir Hatami, warned that any Israeli involvement in the international coalition would have "disastrous consequences" for the region.
Posted by Bill Salus at 5:29:00 AM