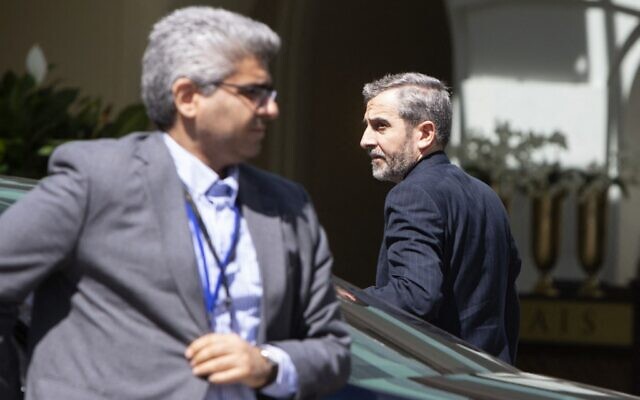 Negotiators from Iran, the United States, and the European Union resumed months-long indirect talks over Tehran’s tattered nuclear deal on Thursday, even as international inspectors acknowledged the Islamic Republic has begun a new expansion of its uranium enrichment.

The resumption of the Vienna talks, suddenly called on Wednesday, appears not to include high-level representation from all the countries part of Iran’s 2015 deal with word powers. That comes as Western officials express growing skepticism over a deal to restore the accord and the EU’s top diplomat has warned that “the space for additional significant compromises has been exhausted.”