Should We Be Surprised That Pro-Gay Christians Now Support Abortion On Demand? 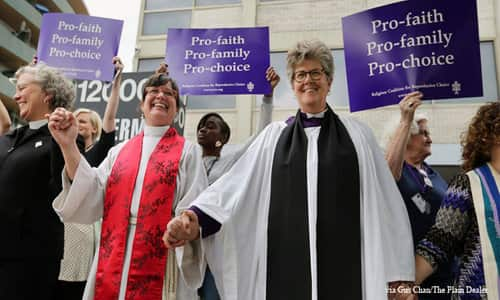 I first became familiar with Jen Hatmaker in 2016 when she and her husband announced that they had shifted their views on LGBTQ issues. It was then that I learned how popular she was as an evangelical Christian author. This made her departure from the Word of God on this crucial subject all the more tragic.
Because I heard that she and her husband Brandon had read my book Can You Be Gay and Christian? while studying the relevant issues, I wrote an open letter to them, dismantling some of their arguments and appealing to them to reconsider. That was in November 2016.
A Loving Warning
I also gave them this warning, in love, writing:
it won't surprise me in the days to come if: 1) in times of conflict between the church and the LGBT community, you consistently take the side of LGBT's, even siding against your brothers and sisters in the Lord; 2) you embrace more and more aspects of gay activism, including transgender activism; 3) you begin to broaden your circles of fellowship, embracing more liberal 'Christians' who deny key aspects of the historic faith; and 4) if I'm right about the first three, after a number of years -- perhaps even a decade or more -- in the name of 'grace,' you will begin to inch towards a form of universalism. At the very least, in the name of 'grace,' your congregational standards of holiness will soon be compromised. READ MORE
Posted by Bill Salus at 4:38:00 AM