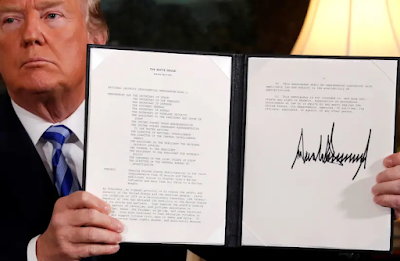 When it comes to Iran, there seems to be almost a compulsion from both Democrats and Republicans to paint the other side as the complete source of all problems and to argue that their own strategy has no downsides.
The latest example is Biden administration spokeswoman Jen Psaki’s statement that “none of the things we’re looking at now – Iran’s increased capability and capacity, the aggressive actions that they have taken through proxy wars around the world – would be happening if the former president had not recklessly pulled out of the nuclear deal with no thought as to what might come next.”
Is this all true? Did the Trump administration cause all of Iran’s terrorist and nuclear violations?
READ MORE
Posted by Bill Salus at 6:12:00 AM