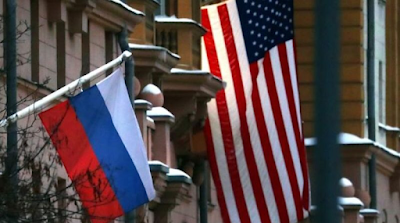 US Secretary of State Antony Blinken has said that the security talks the US and Russia opening in Geneva on Monday, Jan. 10 will not progress so long as Russia has “a gun to Ukraine’s head.” Russia replied with “disappointment” over “signals from Washington and Brussels that the US was insisting on unilateral Russian concessions.”

Hoping to ease some of the friction, the two delegation leaders US Deputy Secretary of State Wendy Sherman and Russian Deputy Foreign Minister Sergei Ryabkov held an unscheduled “working dinner” on Sunday evening in search of a small patch of common ground before the talks got going on Monday.

Implying more sanctions were afoot, Blinken, remarked: “We’re prepared to respond forcefully to further Russian aggression.” Pentagon spokesman John Kirby warned that in the event of “another incursion” of the Ukraine, four battle groups from, the US, UK, Germany, Canada and France stood ready “near the borders with Russia” if the order came to move.

Meanwhile, Russian formations remain massed on the Ukraine border. And thousands of Russian troops were airlifted into Kazakhstan to shore up an ally in the grip of a popular uprising. With less fanfare, Russian troops also staged a landing in Timbuktu, Mali, West Africa, to help fight off the Al Qaeda peril after a partial withdrawal of French forces. READ MORE