Iran studying EU proposal for talks with US 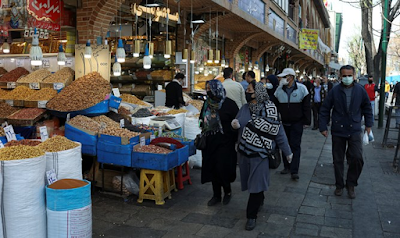 Iran is studying a European Union proposal for an informal meeting between current members of Tehran’s 2015 nuclear deal and the United States, but has yet to respond to it, Iranian Deputy Foreign Minister Abbas Araqchi said on Saturday, according to Reuters.

“We are studying Josep Borrell’s proposal to hold an informal meeting of the 4 + 1 (nuclear deal members) with the United States and Iran, and we are consulting with our partners, including Russia and China, and we will respond to this proposal in the future,” Araqchi was quoted as having said in an interview with state TV.

“However, we believe a US return to the nuclear accord does not require a meeting and the only way for it is to lift the sanctions,” he added.

The comments come a day after the White House said that the US has accepted Europe's offer to mediate conversations with Iran regarding the 2015 nuclear deal.

The US has not participated in a meeting of the participants of the 2015 Iran deal since former President Donald Trump withdrew from the deal in 2018 and reimposed sanctions on Iran. The Islamic Republic, in turn, has gradually scaled back its compliance with the 2015 deal.

Biden has expressed a desire to return to the 2015 agreement but has stressed he would do so only if Iran returned to compliance with it.

Iran has repeatedly made clear that it will not renegotiate the original agreement.