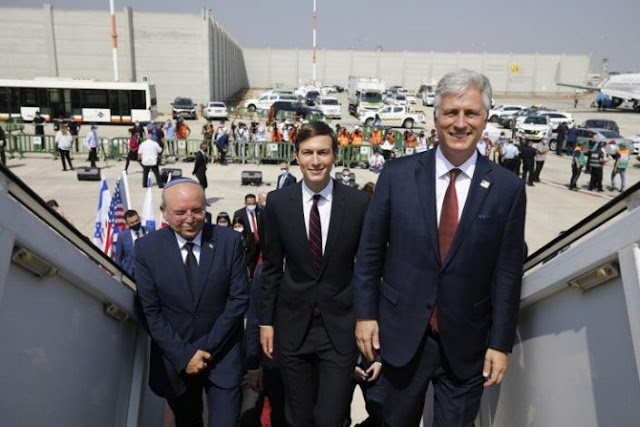 When he announced a potentially historic deal last month in which Persian Gulf nation United Arab Emirates said it was preparing to recognize Israel, President Trump predicted other Arab states would quickly follow suit.
But after two trips through the region by senior Trump advisors to build on what they hoped would be momentum from the Emirates deal, no other Arab nation has said it is willing to take the long-shunned leap to accept and recognize Israel as a legitimate Mideast neighbor, at least not until Israel resolves its conflict with Palestinians.
They may be waiting to see what happens with the U.S. election in November, as well as the final details of an Israeli-Emirati deal, expected to be signed later this month or next.
But their hesitance also reflects decades of political and religious tension, in which most of the Arab world steadfastly pretends Israel does not exist.
The Emirates would become only the third Arab country in history to recognize Israel, after Egypt and Jordan. Trump's son-in-law and advisor Jared Kushner traveled Monday on the first publicly acknowledged direct flight from Tel Aviv to Abu Dhabi, the Emirates' main city, aboard the Israeli airliner, El Al.
Kushner used his four-day trip to the Middle East to try to entice additional Arab countries to join the Emirates in moving to normalize relations with Israel. That follows a similar sojourn last month by Secretary of State Michael R. Pompeo, who traveled to five countries in the region. Both officials came up empty-handed.
One obstacle is the two-decade-old Arab-sponsored peace plan in which countries of the region vowed to not recognize Israel until it resolved its conflict with Palestinians over land claimed by both sides, including some of the world's holiest sites in Jerusalem. (Read More)
Posted by Bill Salus at 8:11:00 AM