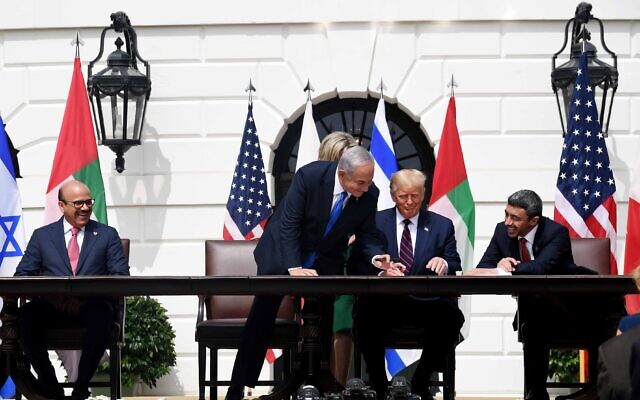 Hours after saying some five or six countries were on the path to peace with Israel, Trump on Tuesday afternoon revised that number to up to nine nations. Speaking to reporters after the signing ceremony of Israel’s normalization agreements with the Abu Dhabi and Manama, and asked if he expected Saudi Arabia to follow the UAE and Bahrain, Trump said: “I do. I spoke with the king of Saudi Arabia,” adding it would come “at the right time.”

He also said he thought “seven or eight or nine” more countries would normalize relations with Israel — up from the “five or six” he had previously mentioned. (Read More)