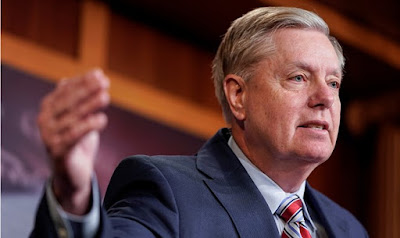 Senator Lindsey Graham (R-SC) on Tuesday threatened Turkey with devastating sanctions if it launches an operation in northern Syria.
“If Turkey moves into northern Syria, sanctions from hell – by Congress – will follow. Wide, deep, and devastating sanctions,” he tweeted.
The statement follows the White House's announcement that the US will pull back its forces from parts of northern Syria, opening the door for a major operation by the Turkish military in Syrian territory.
Graham on Monday expressed opposition to US President Donald Trump’s sudden decision, warning such a move would be a “nightmare for Israel”.
Trump had earlier defended his administration’s plans to withdraw US forces from northern Syria and permit Turkey to operate in the area, signaling that America’s role in Syria may be coming to an end.
He later made clear, however, that the US would not allow Turkey to do anything inhumane in Syria.
"If they do anything outside what we think inhumane...they could suffer the wrath of an extremely decimated economy," Trump told reporters during the signing of a trade agreement with Japan.
"We're going to be watching Turkey," he added. "I told President Erdogan that it's going to be your responsibility. If any of our people get hurt, big trouble.”
Posted by Bill Salus at 4:42:00 AM