Yoav Galant: There will be a large-scale operation in Gaza 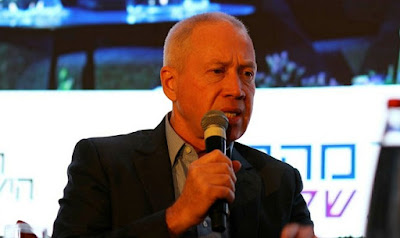 Political-Security Cabinet Member Yoav Galant (Likud) spoke to the press on Saturday night about the capture of the suspected terrorists who carried out the shooting attack in which the late Dvir Sorek was murdered.
Speaking on the Channel 12's "Meet the Press," he said: "We found all the terrorists who murdered soldiers and brought them to prison or the cemetery. That's the future for these terrorists. We'll reach them, it won't take long."
Galant also spoke about the infiltration attempt on Saturday morning on the Gaza border and praised the soldiers: "The IDF forces are doing an excellent job - the soldiers sitting at the lookout point - I am proud of them. 19-20 year-old girls carrying out missions. The results are clear - there are 4 dead terrorists."
"Hamas will not dictate the schedule - we will defend ourselves," added Galant, who added that "there will be another wide-scale operation in Gaza (but) we will set the timing and the conditions. I don't want it ... if it's necessary - we will act in every situation. War is the last resort."
On the protest of the Goldin and Shaul families who are demanding that the government return their sons, he said: "We have a responsibility to bring Oren and Hadar home for a Jewish burial. I have been involved in many negotiations. There's a different schedule depending on whether the negotiations involve bodies or a living soldier. We have to take into account both what we need to do and what price we will pay. We won't give up. We'll bring them home."
Galant strongly attacked the chairman of Yisrael Beytenu MK Avigdor Liberman, accusing him of trying to break apart the Likud. "His plan is to divide our leadership."
Galant also attacked the leaders of the United Right, "The whims of [Naftali] Bennett and [Ayelet] Shaked caused us the loss of four seats. They didn't include who they included last time due to political deliberations. Their basis is personal - the movement of people who formed a party and then returned and in the middle tried to join Likud. What I see is very disturbing."
Posted by Bill Salus at 5:20:00 AM