Khamenei: 'Deal of the Century' doomed to fail 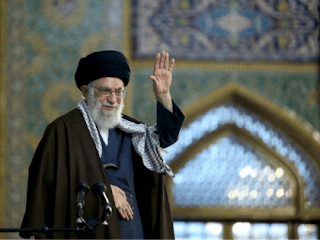 Iran's Supreme Leader, Ayatollah Ali Khamenei, on Saturday called on all Muslims to support the Palestinian people in their opposition to the Trump administration's so-called "Deal of the Century" to solve the Israel-Palestinian Arab conflict.
In a letter marking the Islamic hajj pilgrimage quoted by The Associated Press, Khamenei said the still-unreleased US plan was a "ruse" that's "doomed to failure."
He also called for "active participation" in efforts to block the US plan.
The initiative, partially unveiled at a Bahrain conference in June, dangled the prospect of pumping $50 billion-worth of investment into the Palestinian Authority economy.
Little is known about the political component of the peace plan, but President Donald Trump’s senior adviser and son-in-law, Jared Kushner, indicated in April that the plan would not focus on the two-state solution.
The Palestinian Authority has rejected the US peace plan before it has even been unveiled, claiming it is biased in Israel’s favor.
Khamenei recently told a visiting Hamas delegation that the objective of the US peace plan is to "destroy Palestinian identity".
"One of the ways to confront this plot is for the Palestinian people to feel that they have progressed,” he added.
Posted by Bill Salus at 5:16:00 AM