The deepest tunnel Hamas ever dug 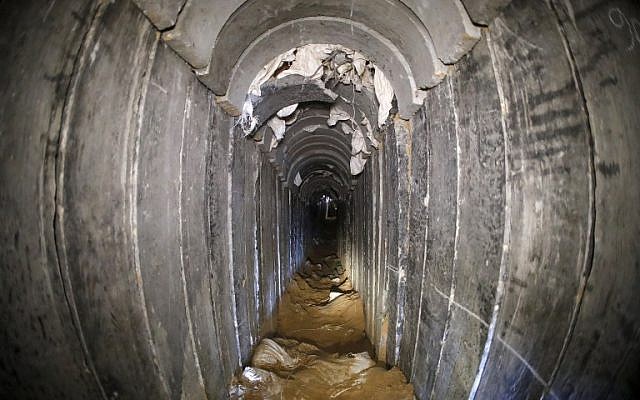 The IDF released new information Thursday afternoon on the Hamas terror tunnel which was discovered on the Gaza border last month.

This is the deepest tunnel ever dug by Hamas, delving 74 meters (242 feet) underground. The IDF built an elevator to allow the forces to descend into the tunnel that penetrated tens of meters into Israeli territory in the southern Gaza Strip.

The IDF is working to complete the outline of the barrier at the border border, which will be a concrete wall that will incorporate moving robotics and a dedicated military operations room. The 'smart wall' will be able to locate tunnels and will prevent the digging of tunnels into Israeli territory.

The length of the exposed tunnel is more than 2 kilometers (1.2 miles). It was excavated from Khan Yunis by Hamas terrorists at a rate of five meters a day. The terrorists fled the tunnel when the cameras of the engineering corps were inserted into it.