How do the battles between Azerbaijan and Armenia affect Israel? 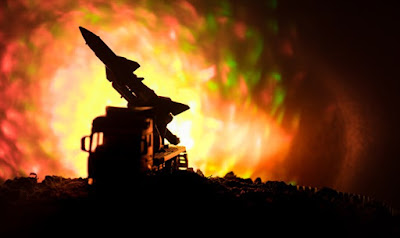 Rod Reuven Dovid Bryant and Jerry Gordon brought back Dr. Stephen Bryen to discuss his proposals for Taiwan and his views on the current conflict in the South Caucasus between Azerbaijan and Armenia with regional ramifications involving Russia, Turkey, Israel, and Iran.

Bryen noted that Russia is supplying weapons to both Azerbaijan and Armenia in the two-week-old conflict.

He said that Azerbaijan has Turkish, Israeli and Byelorussian equipment in its arsenal.

Relations between Azerbaijan and Israel are friendly. Moreover, the Shiite Muslim country has a tolerant attitude towards both Ashkenazi and Sephardic Jewish communities who have lived there for hundreds of years

Bryen noted that Azerbaijan has a population of 10.5 million but in adjacent Iran, which supports Armenia in the conflict there are as many as 15 Million Azeris. The Iranian regime worries the Azeris could be an internal threat.

He also talks about Difficulty of settling the dispute over the breakaway Nagorno Karabakh Republic.
"The Nagorno Karabakh Republic with its own leader and has a population of 150,000, 85% of which are Armenians. They have been unable to reach settlement with Azerbaijan in 25 years regarding compensation for refugees and territory. Russia has held consultations with both sides resulting in a failed cease fire. Bryen believes that what Moscow wants to do is restart the Madrid Process that would include the UK, EU, Russia, and the US. As it now stands fighting has renewed after a Russia arranged ceasefire." WATCH