Iran says it has 1,044 active centrifuges at Fordow plant 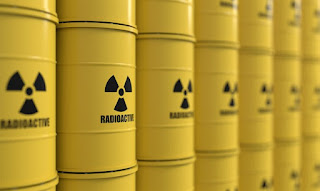 The head of Iran's atomic agency said on Sunday that 1,044 centrifuges were active at the Fordow uranium enrichment plant, in line with his country’s steps to reduce its commitments to the 2015 nuclear deal, AFP reports.

Iran announced last year that it would renew uranium enrichment activities at the underground Fordow facility, located outside of Qom, in response to US President Donald Trump’s withdrawal from the 2015 deal in 2018.

"Currently 1,044 centrifuges are enriching at Fordow," Ali Akbar Salehi, the head of Iran's atomic agency, was quoted as having told the Iranian parliament's news agency ICANA.

"We were committed in the JCPOA that these 1,044 machines do not carry out enrichment, but it is being done per dropped commitments as much as needed and we will stockpile the enriched material, too," he added, referring to the accord's official name, the Joint Comprehensive Plan of Action.

In response to the US withdrawal from the nuclear deal and its imposition of sanctions, Iran has gradually scaled back its compliance with the 2015 deal.

These steps included exceeding the accord's restrictions on enriched uranium reserves and enrichment level, development of advanced centrifuges, and foregoing a limit on its number of centrifuges.

The International Atomic Energy Agency (IAEA), the UN's nuclear watchdog, recently said that Iran's stockpile of enriched uranium now stands at more than ten times the limit set down in the 2015 nuclear deal.

An agreement was recently reached between Iran and the IAEA to allow the agency's inspectors access to two requested locations inside Iran.

The agreement followed a recently released IAEA report in which the agency expressed "serious concern" that Iran has been blocking inspections at two sites where past nuclear activity may have occurred.