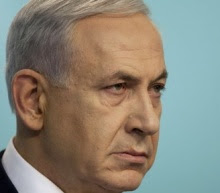 Since fortifying Israel’s frayed political system with a victory over his political rivals and the formation of a unity coalition in April, governance for Israel’s embattled prime minister has been anything but simple.
Netanyahu is currently fighting on multiple battlefronts, both for his political survival and Israel’s greater well-being:
Immediately upon the outbreak of the global pandemic, Netanyahu took a military approach to coronavirus response. Borders were shuttered, hospitals were girded, and essential medical equipment was produced and acquired. The nation was successfully locked down, flattening a steep curve to fewer than a dozen new cases of the virus per day.
At that point, the country was reopened with the mistaken hope that we would not enter back into COVID-19’s dreaded curve. Wishful thinking proved just that, and Israel now realizes that the fight against coronavirus is a long-term war.
Transitioning from the first-wave battle tactics to a long-term strategy has been bumpy. The initial mechanisms for deciding on restrictions proved woefully ineffective, with new restrictions approved, then overturned, sometimes on a day-to-day basis.
The restrictions and reversals negatively impacted large segments of the economy that are already struggling and drew ire from the public, which correctly questioned the government’s command of the situation.
The spike in infections led many doctors, including a newly coronated coronavirus commissioner Gabi Barbash, a former Director General of the Health Ministry to push for new national lockdown measures, which the government and the nation were both certain to reject. Almost immediately, Netanyahu replaced Barbash with Ronni Gamzu, CEO of Sourasky Medical Center in Tel Aviv. READ MORE
Posted by Bill Salus at 5:28:00 AM