US ready to review key sanctions on Iran 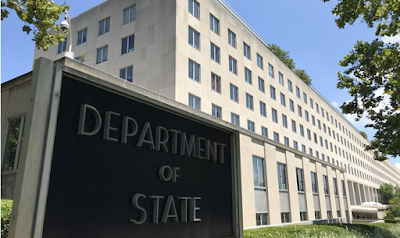 The United States said on Monday it was ready to review key sanctions on Iran if it comes into compliance with the 2015 nuclear deal, AFP reports.

The State Department confirmed that Rob Malley, the new pointman on Iran named by President Joe Biden's administration, was traveling to Vienna to lead a US delegation for talks in Vienna, but that he did not expect to meet with his Iranian counterpart."There's no denying that we are approaching this with urgency," State Department spokesman Ned Price told reporters, adding the "breakout time" if Iran decides to pursue a nuclear bomb had diminished under former President Donald Trump.

Price reiterated that the United States was ready to look at lifting sanctions -- but only those related to the nuclear issue.

"We certainly will not entertain unilateral gestures or concessions to induce Iran to a better place," Price said, according to AFP.

"The original formulation is one that still holds today -- it's the limited lifting of nuclear sanctions in return for permanent and verifiable limits on Iran's nuclear program," he added, referring to the text of the 2015 agreement.

Biden has expressed a desire to return to the deal but has stressed that Iran must resume compliance with it before any negotiations on a US return to the agreement.

The US recently accepted Europe's offer to mediate conversations with Iran regarding the 2015 nuclear deal.

Iran, however, rejected the proposal, claiming that the “time was not right” to hold such talks.

Iran’s chief nuclear negotiator stressed ahead of the meetings in Vienna that Iran will not accept any step-by-step plan to revive the agreement.