Mysterious attack in the Red Sea 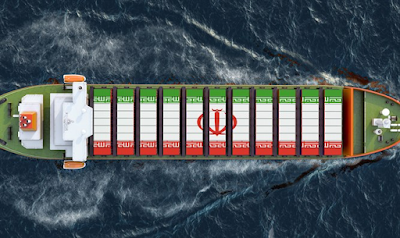 The ship which was allegedly attacked, the Saviz, is reportedly an intelligence vessel linked to Iran's Revolutionary Guards.

The alleged attack took place off the coast of Yemen.

Iran and Israel have reportedly targeted each other's ships recently. Last month, the Wall Street Journal reported that Israel has been targeting Iranian oil shipments to Syria since as early as 2019.

According to the report, the attacks were carried out using a variety of weaponry that has been confirmed to include naval mines as well as other, more advanced techniques. This comes as a larger part of Israel’s undeclared war against Iranian assets of all kinds in Syria.

Israel has, until now, practiced a policy of strict nondisclosure on the matter. It is suspected that this revelation is motivated by the Biden administration’s attempts to draft a Middle East policy.

Also last month, an Israeli-owned container ship was attacked by an Iranian missile in the Arabian Sea. There were no casualties, but the ship was damaged.

The ship was on its way from Tanzania to India. The ship's crew decided to continue sailing to India where an assessment of the damage would be conducted.

The Israeli government believes that this was a deliberate Iranian attack, in retaliation for another attack on an Iranian ship about two weeks earlier off the coast of Syria