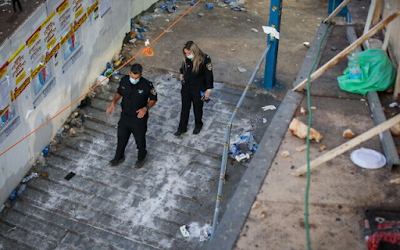 The police force’s Northern District Commander Shimon Lavi, who oversaw the security arrangements for mass Lag B’Omer celebrations at Mt Meron, said Friday morning that he took responsibility for the disaster that killed at least 44 people at the site overnight, as criticism grew that the tragedy could have been prevented.

“I bear overall responsibility, for better or worse, and am ready for any investigation,” he told reporters hours after the tragedy, in which victims were crushed in a deadly stampede amid massive overcrowding.

While eyewitnesses accused police of blocking a key exit route at the bottom of a narrow metal-floored walkway, which had for years been seen as a dangerous potential bottleneck, Lavi said that the precise cause of the disaster remained unclear.

Initial indications were that the fatal crushing occurred among large numbers of ultra-Orthodox pilgrims moving through the walkway, on an incline, on the exit route from the Mt Meron site. People began to trip and fall on each other along the packed route, creating a fatal domino effect. Police for a period blocked stairs at the bottom of the walkway, Channel 12 news reported.

It wasn’t immediately clear why police may have prevented some people from leaving the scene as the disaster began to unfold — a move which would have reduced pressure on the packed crowd — but officers were apparently unaware of the severity of the situation and were trying to keep some areas clear of congregants. 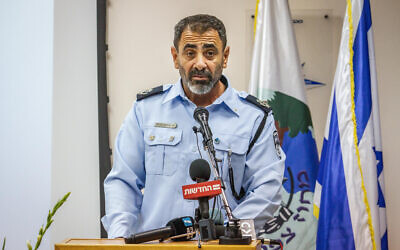 There is an ongoing “complicated effort to gather evidence to reach the truth,” Lavi said, adding that police officers saved lives during the stampede, pushing through the crowds to rescue those trapped.

At least 44 people were crushed to death and more than 100 people hurt, including many in critical condition, in the stampede after midnight Thursday at the mass gathering to celebrate the Lag B’Omer holiday at the Mount Meron gravesite of the second-century sage Rabbi Shimon Bar Yohai. READ MORE