Iranian official reiterates: No direct or indirect talks with US 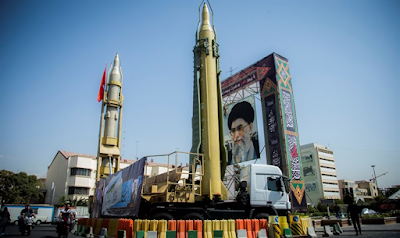 Iran's chief nuclear negotiator on Sunday stressed once again that Iran will not hold any direct or indirect talks with representatives of the United States during a meeting of the parties to the 2015 nuclear agreement that is scheduled for Tuesday in Vienna.

"We will negotiate with the Joint Commission and the P4+1 countries, and will communicate them our request and condition for a return to the Joint Comprehensive Plan of Action (JCPOA)," Deputy Foreign Minister Abbas Araqchi said, according to the Xinhua news agency.

Iran's demand, he added, is that Washington first fulfills all its obligations in the JCPOA, lifts all the sanctions it has imposed on Iran, and then Iran will return to full compliance with the agreement.

If China, Britain, France, Russia and Germany succeed in convincing Washington to lift all the sanctions "by any means they know," Iran will comply, he noted.

Araqchi made similar comments on Friday, after a senior US administration official confirmed that the members of the Iran nuclear deal and the United States will visit Vienna in the first effort to kickstart face-to-face negotiations to salvage the pact.

The official said that senior officials from the governments of Iran, France, the UK, Germany, Russia, China, the US and the EU will all be in the same city. The American and Iranian officials will not meet directly, but the US team plans to meet officials from the other countries that are signatories to the deal.

Current President Joe Biden has expressed a desire to return to the deal but has stressed that Iran must resume compliance with it before any negotiations on a US return to the agreement.

The US recently accepted Europe's offer to mediate conversations with Iran regarding the 2015 nuclear deal.

Iran, however, rejected the proposal, claiming that the “time was not right” to hold such talks.

Araqchi stressed in his comments on Sunday that Iran will not accept any step-by-step plan to revive the agreement.