Iran may attack Israel - from its own territory 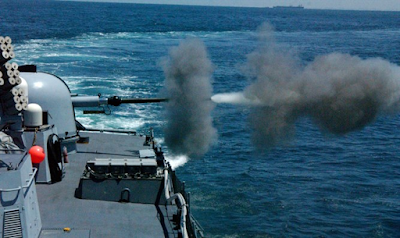 Following recent clashes between Israel and Iran, including a recent attack on an Iranian vessel in the Red Sea, Israel fears that Iran will try to attack Israel - from its own territory, Israel Hayom reported.

Though Israel did not take official responsibility for the attack, foreign news outlets claimed that Israel's elite Shayetet 13 naval unit carried out the attack, as part of a series of operations against Iranian targets over the past two years.

Unlike in previous instances, in which Israel foiled weapons and crude oil smuggling, in this instance Israel seemingly told Iran that its recent attack on an Israeli ship in the Arabian Sea was unacceptable.

The Iranian ship which was attacked was one which is normally anchored near Eritrea and gathered intelligence on vessels in the Red Sea, and it is expected that Iran will not overlook the attack.

According to Israel Hayom, one of the options for attacking Israel is sending weapons from Iranian territory to Israeli territory. The Iranians can attack Israel with missiles, and more likely is that Iran will use armed drones capable of flying over 2,000 kilometers. These drones, which fly slowly and near the ground, are especially difficult to shoot down.

Shayetet 13 has carried out dozens of operations against vessels illegally carrying crude oil from Iran to Syria, the site added. Part of the money paid for this oil goes towards funding the Hezbollah terror group and other terror groups, and it is estimated that the Iranians lost two billion dollars in oil sales.