Following the money is not enough 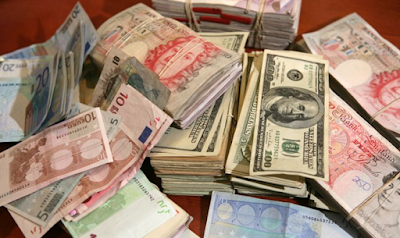 (JNS) In an April 2 telephone call with Israel’s Foreign Minister Gabi Ashkenazi, U.S. Secretary of State Antony Blinken emphasized that “the administration’s belief that Israelis and Palestinians should enjoy equal measures of freedom, security, prosperity and democracy.” He also expressed a reiteration of “the United States’ strong commitment to Israel and its security and looks forward to strengthening all aspects of the U.S.-Israel partnership.”

The conversation came after it was revealed that not only had the new Biden-Harris administration pledged $15 million through the U.S. Agency for International Development (USAID) to fight coronavirus. U.S. Ambassador to the United Nations Linda Thomas-Greenfield announced that sum at the U.N. Security Council’s March Mideast meeting, saying the money will support Catholic Relief Services’ “COVID-19 response efforts in health-care facilities and for vulnerable families in the West Bank and Gaza,” as well as “support emergency food aid to communities in need as a result of the pandemic.”

But quite stealthily, it came out that America is preparing to transfer as much as $100 million in aid for Palestinians—a sum that could reach $125 million, according to some sources.

The intention to reverse the Trump administration policy and resume aid handouts was already indicated back in late January in a virtual speech before the U.N. Security Council by then-acting U.S. ambassador Richard Mills. In his Jan. 26 remarks, Mills said that the intention of the administration is “to preserve the viability of a two-state solution.”

In other words, while there are imperatives of “improving conditions on the ground, particularly the humanitarian crisis in Gaza,” Biden intends not only “restore U.S. assistance programs that support economic development and humanitarian aid for the Palestinian people” not as “a favor to the Palestinian leadership,” but that this assistance will benefit “ordinary Palestinians and helps to preserve a stable environment that benefits both Palestinians and Israelis.” Further, steps will be taken “to reopen diplomatic missions that were closed by the last U.S. administration.” READ MORE