The Palestinian Issue – a Land-for-Peace proposition? 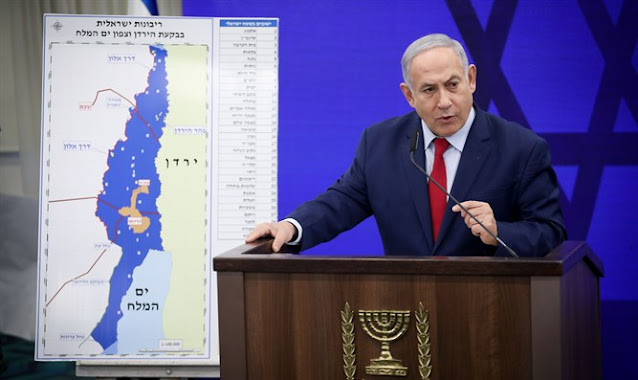 The centrality of the "1948 land" in the Palestinian Arab ethos is underscored by the late Dr. Yuval Arnon-Ohanna, who was the head of the Mossad's Palestinian research division and a ground-breaking researcher of the Palestinian issue (Line of Furrow and Fire).

These foundational documents have served as a most effective generator of Palestinian Arab terrorism since 1948, and especially since the signing of the 1993 Oslo Accords. They focus on the outcome of the failed 1948 Arab military invasion – by five Arab countries and the local Arabs – of the Jewish State.

This Arab offensive was expected by the CIA, which assessed that it would be successful, yielding the destruction of the Jewish State and a second Jewish Holocaust in less than ten years!

According to Dr. Arnon-Ohanna, the aforementioned Palestinian documents shed light on the fragmentation of the Arab society west of the Jordan River.

Thus, the mountain Arabs in Judea, Samaria ('West Bank') and the Galilee have demonstrated a relative cohesion, socially, ethnically, culturally, politically and historically. On the other hand, the coastal plains Arabs have exhibited a relatively feeble social structure, recently immigrating from Muslim areas, as evidenced by the names of major clans.

While most of the mountain Arabs remained in their homes during the 1948/49 war, most coastal plains Arabs – the lion share of whom migrated to the area during the 19th and early 20th centuries - left their homes. In fact, many of the coastal Arabs left their homes before the eruption of the war and during its initial stage, when the invading Arab military forces and the local Arabs had the upper hand.

The coastal/outside 1948 Arabs constitute the leadership and most of the rank and file of the PLO, Hamas and the Palestinian Authority. They claim "the right of return" to the 1948 territory, which is the pre-1967 area of Israel.

"Cleansing the 1948 land of the Zionist presence" is the focal point of the Palestinian ethos, as highlighted by the Palestinian school curriculum, media, religious sermons and the 1959 and 1964 Fatah and PLO covenants (eight years and three years before the 1967 war).

Contrary to conventional wisdom, the core concern of the Palestinians is not the 1967 – but the 1948 – "occupation;" not peaceful coexistence with – but without – Israel; not the size – but the elimination – of Israel.