Netanyahu: Our position on the nuclear deal hasn't changed

Prime Minister Binyamin Netanyahu warned on Friday that a US return to the 2015 Iran nuclear deal would pave Iran’s path to nuclear weapons. 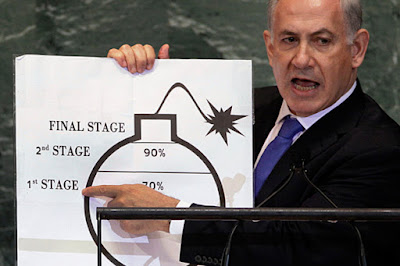 “Israel remains committed to preventing Iran from getting nuclear weapons and its position on the nuclear agreement has not changed. Israel is in close contact with the United States on this matter,” said a statement from Netanyahu’s office.

On Friday, President Joe Biden told the Munich Security Conference that his administration is "prepared to re-engage in negotiations" with the UN Security Council on Iran’s nuclear program.

The White House later said that the US has accepted Europe's offer to mediate conversations with Iran regarding the 2015 nuclear deal.

At the same time, White House spokeswoman Jen Psaki told reporters that the United States has no plan to withdraw sanctions against Iran ahead of such talks.

Former President Donald Trump withdrew from the deal in 2018 and reimposed sanctions on Iran. The Islamic Republic, in turn, has gradually scaled back its compliance with the 2015 deal.

Biden has expressed a desire to return to the 2015 agreement but has stressed he would do so only if Iran returned to compliance with it.

Iran has repeatedly made clear that it will not renegotiate the original agreement.