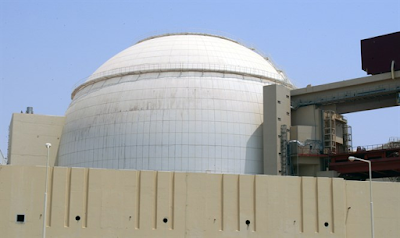 According to the report, the UN nuclear watchdog is preparing to rebuke Tehran for failing to explain the presence of the particles.

Although the sites where the material was found are believed to have been inactive for nearly two decades, opponents of the 2015 nuclear deal Iran signed with world powers say evidence of undeclared nuclear activities shows that Iran has not been acting in good faith.

Iran’s ambassador to the International Atomic Energy Agency, Kazem Gharibabadi, declined to comment, as did the IAEA itself.

A senior Iranian official said, according to Reuters, “We have nothing to hide. That is why we allowed the inspectors to visit those sites.”

The report comes as the Biden administration is set to start negotiations with Iran on a return to the 2015 nuclear deal, from which former President Donald Trump withdrew.

Iran has consistently scaled back its compliance with the 2015 deal in response to Trump’s withdrawal from it.

Iran has set a deadline of next week for Biden to lift the sanctions that were reimposed by Trump, or it will halt snap IAEA inspections under the deal. Next week is also when the IAEA is expected to issue a quarterly report on Iran’s nuclear activities.

Seven diplomats told Reuters the agency will use that opportunity to rebuke Iran for failing to explain to its satisfaction how the uranium particles wound up at two undeclared sites. The rebuke could come either in the quarterly report or in an additional report released the same day.

The IAEA, which monitors Iran’s nuclear program, recently released a report which found that Iran has fired up advanced uranium-enriching centrifuges that it had installed at its Natanz site in violation of the 2015 agreement.

In a previous report, the UN agency said that the Islamic Republic’s stockpile of enriched uranium now stands at more than ten times the limit set down in the 2015 nuclear deal with world powers.