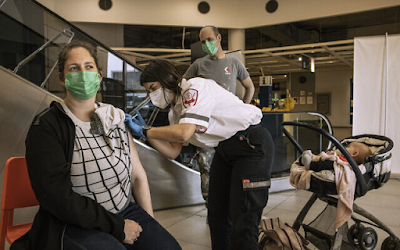 A Knesset panel approved controversial legislation on Tuesday that will allow the Health Ministry to give local authorities personal details of residents who have not been vaccinated against the coronavirus.

The proposal is expected to be passed into law on Wednesday in its second and third readings.

Lawmakers deliberated the proposal as the country’s public health union issued a warning against the bill saying it will cause damage due to privacy concerns, and a top democracy expert said the information could be used to target those easily persuaded by conspiracy theories to sway their votes in the coming March elections.

The Knesset Labor, Welfare, and Health Committee approved the bill for its second and third readings in parliament after changing one aspect of the bill so that details of those who are fully vaccinated will not be given to the local authorities. 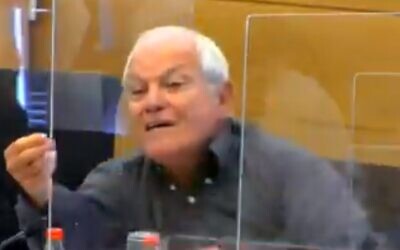 MK Haim Katz during a panel discussion on the transfer of data on unvaccinated residents to municipalities, at the Knesset on February 23, 2021 (Screen grab/Knesset channel)

“Hopefully in the next step they will tell those who have not been vaccinated that they should not come to work,” said committee chair MK Haim Katz, referring to other legislation under consideration. “If that were the case, we would be out of [the pandemic] and not still in it.”

Younger people have shown more reluctance to get the vaccination and the Health Ministry hopes the legislation will enable local authorities to advocate immunization among residents who don’t want the shots. READ MORE

Look who's leading the way toward "the mark of the beast".